Have to See “Something Rotten” ! 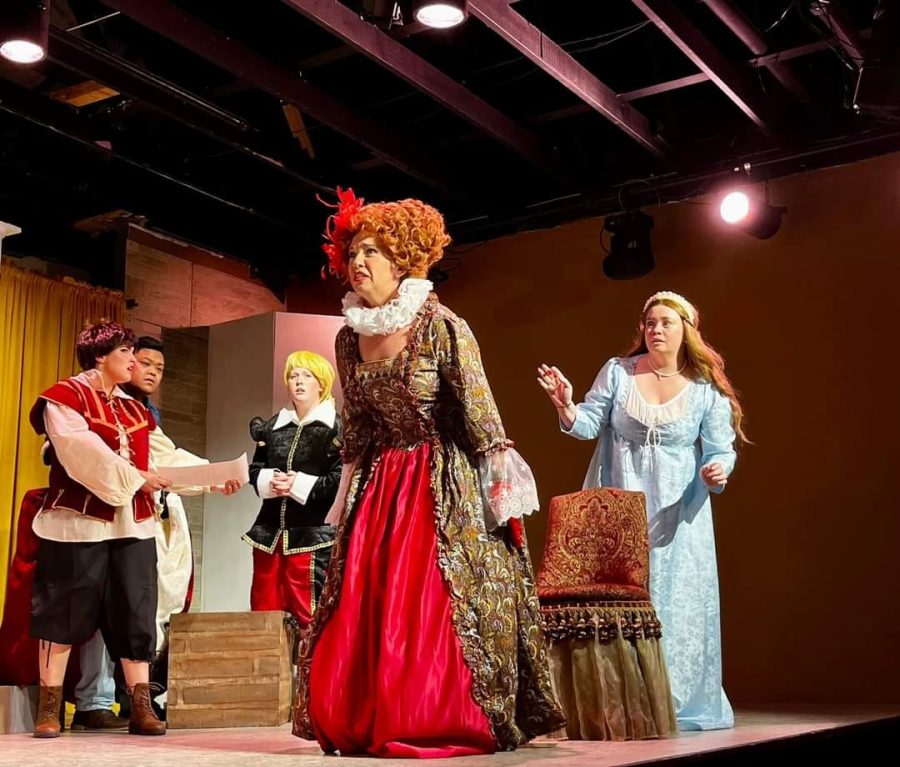 I never thought that plays or musicals would be interesting, but Something Rotten proved me wrong. Something Rotten is a must see musical comedy about Shakespeare and the Bottom Brothers. Set in the 1590s, the musical follows the difficulty that playwrights went through as they had to compete with the Great Shakespeare. The show in total was around two hours and thirty-five minutes and there was not a moment where you are twiddling your thumbs and staring off into space. There were lots of jokes about societal life back then and various references to Shakespearen plays. Even if you don’t like Shakespeare or know anything about him, you will still get some of the references and the show will still be enjoyable!

The cast was truly phenomenal and there were some well known teachers in it too. Mrs. Stansberry, Mrs. Sexton, and Mrs. Williams all teach at Fleming Island High School and were fantastic. My personal favorite characters were Bea portrayed by Amber Cooper and Nick Bottom portrayed by Micheal Flynn. The audience got to experience the struggles that families went through during the Renaissance due to the lack of money and other resources. Personally, I felt like Cooper did a tremendous job showing the difficulties that women went through during the 1500s. They added lots of laughter and honestly all 21 actors/actresses brought the play together. Ensemble deserves a shout out as well because their singing and tapping skills were unbelievable. I’m surprised their feet didn’t just give out. My absolute favorite part of the show was when Nick Bottom put on his musical about omelets (funniest thing ever).

The cast worked so hard to put on such a great production and they should get more credit for the long hours they put in to make it happen. I highly recommend going out on Friday, Saturday, or Sunday to watch the show! You won’t regret!!

Overall, this musical is worth the $10. Here’s the link to buy the tickets https://www.theislandtheater.com/.